Skip the Evening Snack to Optimize Your Fat Burn Under most circumstances, when we are asleep, our bodies preferentially utilize fat stores to sustain normal function. That fuel source preference switches over to mainly carbohydrates (CHO) once we eat the next morning. Recent research reveals that a late evening meal can disrupt that CHO to fat “switch” lessening the amount of fat we burn during sleep. In this post I’ll discuss those findings in more detail and offer some advice on how to optimize that overnight fat burn.

As you may know, we need energy to function. That statement is obvious when we think of normal voluntary movement such as exercise and other physical activity but even when we sleep, our hearts are still pumping blood, we are still breathing, our immune system is still on guard, muscles and other tissue are being repaired or replaced, all of which requires energy. Of course that energy comes from the foods we eat. During digestion, we extract the energy-yielding nutrients, CHOs, fat, and protein, from food and metabolize them for our immediate energy needs and/or store them for later use. 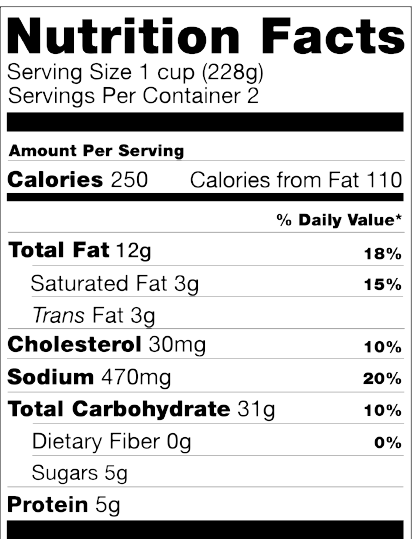 At any given time we are simultaneously using two or three of these nutrients to fulfill energy needs. The contribution of each to the overall energy production varies and is influenced by, among other things, availability of each, long- and short-term exercise training, daily physical activity, dietary habits, stress, hormones, altitude, environmental temperature, and personal genetics. There is also diurnal variation with CHO being the preferred source during daylight hours (where we are most active) and fat being the preferred source at night (when we sleep).

We can determine which fuel source our bodies are currently using by analyzing our breath, specifically expired air (when we exhale) via a well-practiced technique called indirect calorimetry. Scientists at Vanderbuilt University utilized this method in a recent study to determine the effect of meal timing on how ingested food is utilized by the body. Briefly, six upper-middle age men and women of varying body mass, volunteered to spend two and half days inside a metabolic chamber on two separate occasions. A metabolic chamber is a scientific instrument that looks like the inside of a no-frills dorm room, that a human can temporarily live-in. The air circulated through these whole-room metabolic chambers is analyzed providing a detailed look at human metabolism. The scientists provided regular meals (breakfast, lunch, and dinner) to the volunteers (each meal carefully calculated to provide all necessary nutrition and calorie-needs). The difference was, on one of the two visits, the breakfast meal (~700 kcal) was given as a late-night meal at 10 pm, instead of the usual 8 am. This change delayed the metabolic “switch” from primarily CHO to primarily fat, which resulted in less fat being burned overnight following the late night meals. The difference wasn’t significant, with volunteers burning ~15g less fat on the late-meal nights, compared to the breakfast days. Based on the data they collected, Researchers stated that the difference in the amount of fat didn’t amount to much in the two days study, but for someone consistently eating this way over a long period of time, could result in excess fat being stored. Granted this is one study with a small sample size but it is unique in that the volunteers were older and the amount of time spent in the metabolic chamber was greater. Most human metabolism studies have younger, fitter, adults and are in the metabolic chamber for a shorter time period (24 hours or less).

So, essentially what happened was:

While 15g of fat less doesn’t seem like a high price pay for eating late at night, over time, such a “habit” could add up to excess fat gain. 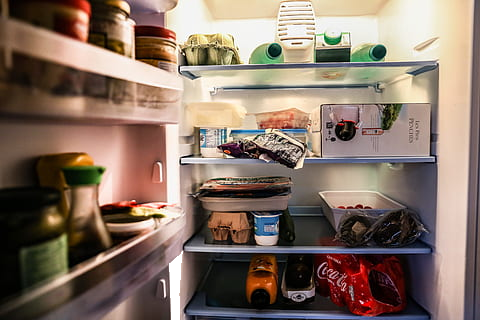 So what can you do with this information?

Regardless of your goals, its probably best to skip late night eating and allow yourself that “switch” to primarily fat burning. If you are striving to manage your weight, this habit certainly won’t result in significant weight loss; Though it may help maintain body weight over the long-term, perhaps even stave-off that excess fat “creep” that many of us find as we age. If you are a competitive athlete, of any age or level, and maintaining a specific body composition is important, then, again, its probably a good idea to get your meals in early and skip the late night feeding.

What is not clear is how much food “counts” as a feeding. The late-night meal these people were given amounted to ~700 kcal. This is quite a bit compared to a light snack, say of an apple and a half tbsp of peanut butter (~130 kcal) or a bowl of lightly salted popcorn. Its not known how much of an effect a snack such as those would have on our body’s overnight fuel preference. Considering the magnitude of the effect of the 700-kcal meal, probably not much.

What should you change?

If you eat your last meal of the day within a hour or two of going to bed, keep it light. If you need more food, maybe its time to assess how you are eating throughout the day and consider increasing some of your earlier meals. This way, though its a small bit, over time, it could help maintain a healthy body composition and keep too much fat from accumulating.

Ready to make a change in your diet/eating habits? Better yet, ready to improve your life? Check out my remote, holistic, Nutrition Coaching program!

I am currently the Owner of my soloprenuerial company Matt K Training. Through my fitness and nutrition programs I help adults develop skills and practices that help them eat, move, and recover well. Over the past 20 years, in various roles such as a Personal trainer, Exercise Physiologist, Clinical Researcher, and Health Coach I have helped hundreds of adults reach their health and physical performance goals. When not working, I enjoy active pursuits such as playing right field for the Charlton Giants (in a 38+ competitive baseball league), playing tennis, hiking, backpacking, and rock climbing. I also enjoy indoor activities such as playing strategy board games, reading and discussing science fiction literature, dabbling with my guitar, finding creative ways to eat oatmeal, and being a good dad.